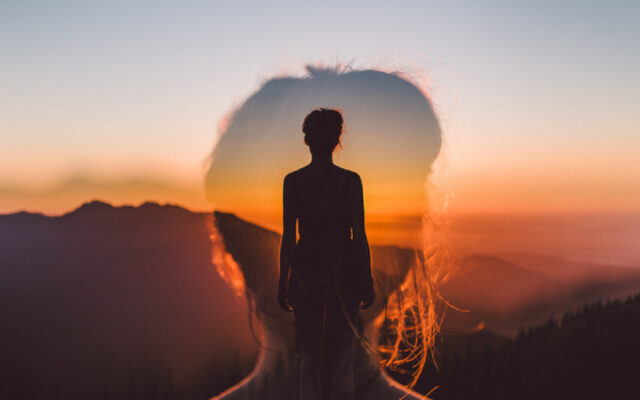 There have been many a debates and contests, on understanding death, but can it be known or comprehended without its relevance or comparisons to the “living”, isn’t it life which is the basic parameter to understand the concept which is not in the ambit of the defined parameters of life, and commonly connoted as “death”.

The author would like its readers to plunge into it, without hanging onto any concept as what would have been told or narrated by any of the masters who happen to claim to solved all the concepts of life and even the cosmos, but try to dig  not by holding what is known to them, but be free and be without any concepts or beliefs, which are on either side of the line, there is something after death and also not to hold on to that there is nothing after death, lets we, the author and the reader, try to explore within which may be beyond the perils of “within”.

Before taking your foot forward and start exploring, let’s first be clear and we both on the parameters which are defining life, the things which have been accepted for the definition narrating the life. Is movement the criterion for this?

Most of the readers would readily agree to it, as this is one of the things which distinguishes the movable with the immovable, and humans as they are in the movable category, have to be in motion to be alive, but what about the people who are specially disabled, who require an external assistance for their movement, even they are alive? So the concept of movement is not only the criterion which defines life there is something else which is there, which is narrating life, can that be speech or any of the measures which are commonly used for communication?

Now again how about those humans who can’t speak, hear, write or see so are they alive or not, well they are, so even communication is not the concept which is defining life. In the medical terms there is commonly used term, comma, which is when the person is not able to communicate or perform any of the tasks (the tasks which are visible or are by definition of life correlated with it).

But is still living, the same can even be stretched further to the people who are on the life support systems, are living but are unable to even gather enough oxygen into their lungs to breathe, but still fall in the category of living and aren’t dead as yet.

But all of a sudden that life support system which without any lapse of failure is failing to make the person breathe and all of a sudden all of the organs stop functioning, and all those intra veins pipes who till now have been able to regulate the external supply of the chemicals (commonly referred as medicines) are no longer able to pump in the designated chemicals into the body.

There is definitely which has gone missing, from the time when these life support systems were able to perform to the time when the doctors declare the person to be dead, but what is it which has all of a sudden disappeared from the scene of life and resulted in the death of that person.

If it, not communication or movement or the functioning of the organs, is it something which is still deeper a thing which is yet to be known or is it just a belief? The author reserves no authority to illustrate and denote a connotation or name to the thing, and will humbly recluse itself for mentioning it.

As mentioned and expressed above in this paragraph, there is definitely something which is defining life, which is beyond the visible or commonly known parameters of life as defined and accepted universally, all the religions of the world have in their own language (depending upon the origin of the religion) have expressed a name to that unknown, which again leads to another question, is that name or connotation known to that unknown or is it just for the sake of addressing it there is #hashtag attached?

Let’s dwell this point further before moving on the basic topic of this write-up, which is the definition of death, has the reader ever tried calling out someone known or unknown by a vague name, did the specific reader received the same or any kind of response from the called being?

Well, author didn’t get any response from the person when addressed by a wrong identity tag, which is a name in this case, would urge and stimulate the readers who haven’t tried this exercise to try and witness the result.

So returning to the connotations as hashtagged by all the religions to that thing which is not known but is paramount and pivotal in it’s being for the individual to be living, does the reader feels that unknown thing would be aware of its name or term ( as often claimed by masters of the religion, and even there are many who are said to be talking to this unknown and there are others who see them and treat them and people from and with them, who are called ghost readers.

But the author would not like to vouch for the authenticity or turn them down either, but would like to mention which is not seen or heard all through the lifespan how can that seen or heard when not in the body), well it can be its aware and also equal are the chances that it would not be known, else why is it that there is no instance when someone has been able to ask that unknown to return (just in case if it goes somewhere) to the same body and make it living, again.

By discussing the perspectives defining life, which have remained unclear, lets now try and approach them through death with the basic of this write up, which is definition of death, which along with life is defined in the same parameters irrespective of the different religions and faith, who differ in every other thing apart from these two stable and assured bars.

Whenever the body fails to breathe (on its own or through the modern medicine facilitated life support system), it’s called death, which according to the various religions and faiths is said to be when the “soul”(a term ascribed to the unknown force) leaves the body, and the person is declared dead, which leads us to another question, if the person is dead, then how can the dead person grow nails in length and hair in size? Which has also been established by the modern medicine, that even after the death of the person, the body tends to have growth of nails, hair?

Apart from this, even if the body is kept away from the insects, microbes even then there is defragmentation of the cells of the body (as happens to all the people on daily basis, even when they are alive, but in the case of these “dead” there is no formation of the new ones).

So what is it that has died, is it the body or is there something else which has just been using this body as a tool all this while, the author abstains from using any connotation to this unknown being or not being, which is the ethos for the body to be termed as “living” and would leave it, readers, to think there is something, not known to anyone, but has a relevance and would encourage its readers to give it a thought are the pleasures and worries worth to be carried, as both of these anxieties are body relevant.

The Author, Mr. Vishal Dwivedi, is an philanthropist who is crafting the lives of the people by introducing themselves with their immense possibilities, the strengths of the inner energies are being enhanced by the principles of Vedanta, for the individual to excel by clearing away the blockages in their inner energies which can be distantly felt by the comprehending the emission of the aura. The author can be approached for one to one sessions or interactive sessions, by contacting for an appointment at : E-mail: vishaldwivedi@hotmail.com or Mobile:+852-54075165 (WhatsApp also available on this mobile ) Website: www.omnialmighty.com