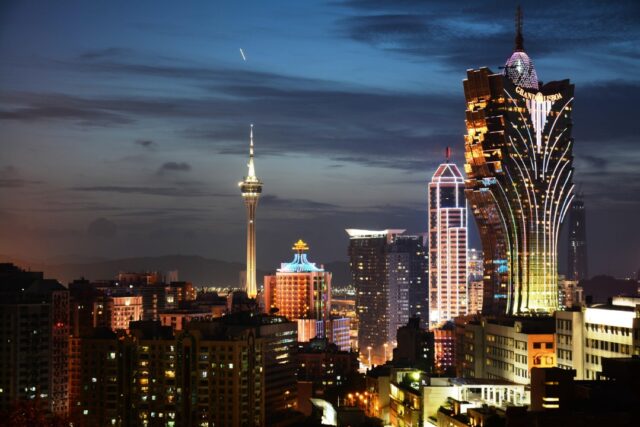 I like to visit Macau every now and then to relax and unwind. Of course, my idea of relaxing and unwinding is to gamble.

Thankfully Macau has a casino or two! But when you’re gambling for fun (I’d love to make a career of it but one risqué profession is good enough for now), you need to be very disciplined with your budget. And that I am. I strictly stick to my rule of betting only what’s in my pockets – which includes the ATM card so a couple of visits in mid-play is okay. It helps boost my morale because the ATM is one machine that definitely pays out.

As luck would have it, I lost my ATM card recently. And the husband won’t let me ask the bank for a new one. No clue why! So I had to give him an ultimatum, “If you don’t let me gamble, I won’t let you watch the Pakistani news channel.” Why should he have all the fun!

Anyway, the casino’s biggest weapon in removing your budgetary constraints, however, is the good old-fashioned trick of plying you with free alcohol. Or at least that used to be the way, but nowadays they give only soft drink and tea for free. The last thing you want to be is buzzed on sugar and caffeine in a casino! But I guess they worked out that people were drinking more in alcohol than they were spending on the counters.

The story of my last visit to Macau before they did away with the free alcohol may explain their rationale. The husband and I decided to play blackjack and found a table with the lowest minimum bet to make our money last longer. It was a nice bunch of people having some free white wine and we decided to join them in that.

At first, we were all making sensible bets and would celebrate each other’s good fortune with a smile and a ‘well done’ nod. We might even have a little bit of a cheer when the bank bust and we were all winners. It was very civilized and we got to know each other for an hour or two over several glasses of wine.

As the alcohol kicked the smiles and ‘well done’ were replaced by loud cheers, the bank busting resulted in robust high-fives all round. I was only aware things were getting out of control when we began laughing at our defeats and treating our fellow players’ wins with great excitement. At the end of the night, not only did I celebrate their big win (and our bankruptcy), I also invited them home for victory dinner!

We decided it was time to stop. Well, our empty wallets decided that on our behalf. So we were saying out goodbyes to the fellow players. I had become particularly friendly with another couple and so asked for their number. Gathering all my grace and focus, I wrote it down on the bar napkin with meticulous concentration. I was proud I can hold my wine so well. We waved our goodbyes and walked away. I handed the napkin to my husband and asked him to keep it safe. I remember saying, “Oh my god, that was so much fun. Let’s keep in touch with those people.”

Next morning the husband took a napkin out of his pocket and asked what it was. “The couple’s telephone number,” I said. He held it up in front of my hungover face. I had written, with absolute ‘meticulous concentration’, each number atop of the previous one! There was no way to decipher the number from that inked blob on the bar napkin. We laughed so hard that tears were flowing down my cheeks. And of course, we never saw them again.

As published in A-DesiFlava – Nov-Dec 2019 issue