Do you know what Dharmendra, Hilary Clinton, Alfred Hitchcock, Henry Ford, Katrina Kaif and Arnold Schwarzenegger have in common? Besides being famous personalities they also share the same Chinese zodiac sign of the pig.

According to Washington University, the lunar calendar paved the sequence of the Chinese zodiac animals. This calendar can be traced back to the 14th century B.C. Myths say that Emperor Huangdi, the first Chinese emperor, in 2637 B.C. invented the Chinese lunar calendar, which follows the cycles of the moon.

Chinese astrology has 12 signs and the Pig is the 12th one. Interestingly it is said that people born in the year of the pig are a combination of all the other western zodiacs. For example, they are lenient like Aries, honest like Taurus, talented like Gemini, prudent like Cancer, romantic like Leo, right-minded like Virgo, loyal like Libra, ambitious like Scorpio, sensitive like Sagittarius, responsible like Capricorn, brave like Aquarius and gentle like Pisces. The years of the pig are associated with the five elements thus becoming wood pig, fire pig, earth pig, gold pig, and water pig. 2019 is the earth pig. The theory is that the animal, as well as the element, affects the characteristics of a person. Earth pig sign is attributed to those born in 1959 and 2019 and they are supposed to be communicative, popular among their friends and have a strong sense of timekeeping.

The pig is a sign of fortune and luck so let’s see what’s in store for you this year. So here is a sneak peek as per travelchinaguide.com…

Rat (people born in 1924, 1936, 1948, 1960, 1972, 1984, 1996, 2008) – Compared with the Rat’s fortune in 2018, people born with Rat sign of Chinese zodiac will suffer a downturn in 2019. They may not be lucky enough in their career and wealth because they are likely to work in a stressful and competitive environment. An active and expensive social life leads to lesser savings. However, their fortune for love and relationship is prominent. In daily life, they are advised to drink less alcohol and live an economical life.

Ox (people born in 1925, 1937, 1949, 1961, 1973, 1985, 1997, 2009) – For people with the Ox sign their fortune will have a rising tendency in the Year of Pig compared to the previous year. They could easily gain and accumulate a fortune though they may be exhausted sometimes. Investing in aquaculture or catering industry is a good choice for them. If taking the initiative, they may also have a happy ending to their love story. Try not to have quarrels with others and keep an eye to their eyes and hearts.

Tiger (people born in 1926, 1938, 1950, 1962, 1974, 1986, 1998, and 2010) – People with the Tiger sign are lucky enough to continue their good fortune from the Year of Dog to the Year of Pig. Not only will they gain large wealth but are also likely to be promoted. 2019 is a lucky year to invest in real estate, catering industry and aquaculture. Since they are popular among friends, they are also likely to find their soul mates. One thing that needs reminding is that they should not judge others blindly and avoid visiting humid places.

Rabbit (people born in 1927, 1939, 1951, 1963, 1975, 1987, 1999, and 2011) – Compared to last year, people born in the Year of Rabbit keep on having pleasant luck in nearly all aspects. They will make a good fortune for wise investments on real estate and aquaculture, get a promotion with the help of important people and earn extra money from their inheritance. They are likely to meet their true love by taking initiative and joining more social activities. As for health, they are reminded not to visit humid to avoid having rheumatism.

Dragon (people born in 1928, 1940, 1952, 1964, 1976, 1988, 2000 and 2012) – Compared to the Year of Dog, people with the Dragon sign are expected to see a rising inclination of their fortune in the Year of Pig. But the general situation is still not optimistic. They may suffer a financial loss due to the competitive working environment and the involvement of friend’s debts. Conflicts with colleagues might break out because of their stubbornness. Investments are not recommended. However, their good luck on the love side indicates that they might find their true love by being active. Drink as little alcohol as possible and focus on financial safety.

Snake (people born in 917, 1929, 1941, 1953, 1965, 1977, 1989, 2001 and 2013) – 2019 will be a rough time generally speaking. For the workaholics, it is suggested to develop businesses steadily and slowly. People with the Snake sign may not get along well with workmates this year, and some of their bosses might be unfriendly to them. As for wealth fortune, it will be hard to save money and get an increase in salary. They should pay more attention to health as minor illnesses of the eyes and stomach would appear in the year 2019. Doing enough outdoor exercises will help to improve that.

Horse (people born in 1930, 1942, 1954, 1966, 1978, 1990, 2002 and 2014) – The year 2019 will be favourable for those with Chinese zodiac sign Horse, especially in their career and love relationship. They may have a good opportunity to get promoted or get better grades in school. Smart investments will bring them some extra profits. Single Horses are likely to fall in love with someone this year, especially for females. They need to pay attention to their health and not put much pressure upon themselves.

Goat (people born in 1931, 1943, 1955, 1967, 1979, 1991, 2003 and 2015) – Chinese zodiac prediction ranks sheep second among all twelve zodiac signs. The year of Pig will be a great year for sheep people to make money. Thanks to their outgoing and active personalities, they can grasp the opportunities to develop their careers. At the same time, they may be exhausted and upset due to work pressure. As for love life, males seem luckier than females this year, so females need to be more active when meeting the one they like. No big problem will appear in their health condition this year. If possible, try to have enough exercises to maintain the body condition.

Monkey (people born in 1932, 1944, 1956, 1968, 1980, 1992, 2004 and 2016) – Generally speaking, 2019 is a hard year for people born with Chinese zodiac sign Monkey. Although there will be opportunities in their careers, getting a promotion will be hard. Their body and emotional condition may suffer from time to time, so they need to keep calm and live a healthy life. Prohibition of alcohol is necessary for the whole year. Luck in the love life may also go down, so it’s suggested to have more patience and avoid arguing with their partners.

Rooster (people born in 933, 1945, 1957, 1969, 1981, 1993, 2005 and 2017) – People with the Chinese zodiac Rooster will make breakthroughs in their career or studies, with a promotion or satisfying grades. For entrepreneurs, investing in real estate or other service sectors can bring about a certain amount of benefits. Health conditions of the Rooster might improve during the Year of Pig. However, this year might not be as lucky in the love department. For those who already have a partner it is recommended to keep the lines of communication open to avoid arguments.

Dog (people born in 934, 1946, 1958, 1970, 1982, 1994, 2006 and 2018) – In general, people of the Dog sign will have a competitive year in their career, wealth and even love life. It would be better for them to maintain the status quo in their career and not involved in unprepared competitions. As for the financial condition, investing in aquaculture might bring about benefits. They are advised to take actions immediately when fleeting opportunities appear. During the Year of Pig, singles will have a major chance to fall in love with someone but might also face competitions from other pursuers.

Pig (people born in 1923, 1935, 1947, 1959, 1971, 1983, 1995, 2007 and 2019) – 2019 could be a year full of ups and downs in all respects for them. They could receive support and help from their colleagues and leaders but might feel stressed under too many regulations. The fortune in wealth is fair. Although they can expect a salary increase and also gain more income from financial products, there could also be a lot of unexpected expenditure offsetting the favourable money increase. As for love relationship, single females of this Chinese zodiac may have a fairly good fortune and could start a sweet relationship in Year of the Pig.

There you have it, your predictions for the Chinese New year but just like any other prediction, remember to take these with a grain of salt. And while you enjoy the long weekend, the fireworks, the dragon dance and everything else be sure to wish your friends a Happy New Year in Cantonese by saying Gong hei fat choy (wishing you great happiness and prosperity).

Before I go I leave you with this Chinese proverb – ‘Deal with the fault of others as gently as with your own.’

Komal R. Lakhani is a writer, blogger and Youtuber. Born and bought up in Mumbai Komal has a Masters in English Literature with a major in History and Psychology, along with being a certified Yoga instructor. She has lived in Canada and the UAE before moving to Hong Kong. “My love for writing developed in school and I haven’t stopped writing since then. My writing is focused on being relatable and striking a chord with the reader, I prefer the use of simple words over complex vocabulary. Besides contributing for various publications, I also maintain a personal blog called Komalskorner.com which is inspired by my life and the people around me. I love to travel, Google everything in world, bake and experiment in the kitchen, in my spare time I also vlog on my YouTube Channel. You can connect with me there or my social media handles @komalrlakhani. 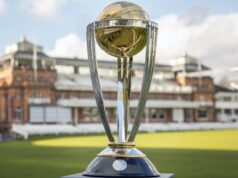 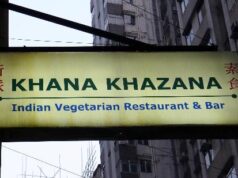 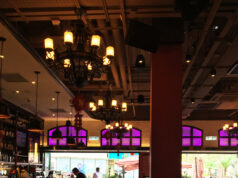 A Tavola Bar & Grill : A Place to Satisfy your Taste Buds and Unwind