Social Media was first designed for us to express ourselves, but instead we seem to have lost our traits and tastes to our Facebook profiles and pages.

In the ongoing era of cyberspace, the prevalence of social media has grown such, that even a hermit is likely to have an active Facebook account. Owning an account today has almost become as common as having a telephone number or a postal address. Some brands use their social media pages to strengthen their social presence, though personal profiles are used for a wider plethora of purposes. While the usefulness is unquestionable, there have been several suspicions raised over the authenticity and integrity maintained on personal pages. Can one’s Facebook profile page ever be a true reflection of its owner’s personality and preferences? Or will a Facebook page soon become labelled as a ‘Fakebook’?

Over the past decade, several social media websites and smartphone apps have allowed people to reach out and connect with others beyond geographical boundaries. Users first took to it to post pictures, circulate information, and share links with selected circles. Xanga, Hi5, MySpace are few of the many also-ran brands, while the sites that are still running are Twitter, Instagram, Snapchat, and – of course – Facebook.

From its early days, Facebook was often praised to the skies for being that blessing which helped give cyber communication its color. Even through networks of wires and binary codes, connection alas became more personal; long lost friends have been reunited, pairs of singletons were converted into couples, and even businesses got to personally interact with clients. In fact, the platform was also considered as one of the greatest boon for those averse to socialising; introverts found a new outlet of sharing, and cult members formed their own groups to share their uncommon passions. Mark Zuckerberg’s invention has been such a success, that by April 2017 it accumulated over 1.9 billion global users.

This could be explained by the observation that many people – especially teenagers – repeatedly resort to social media in both, times of happiness and sadness. Reportedly, they use Facebook to share, celebrate and treasure memorable moments; but with equal measure though, those low on self-esteem also use Facebook to escape into the virtual world. To distract themselves from unpleasant experiences, emotions, and thoughts, many of them seek out a new measure, and source, of happiness; so they begin to benchmark the quality and quantity of friends, followers and fans that they have on Facebook, and use that measure as their barometer of personal happiness. Unsurprisingly, as a compensation to fill mental voids, repress stresses, or to mask raw emotions, profiles, statuses and communication on social media are becoming increasingly colourful in every way possible.

As a canvas gets more colored though, different shades and shadows start to surface. Statistics further reveal that an average global user has around 340 friends on Facebook. However, social anthropologist Robin Dunbar recognises that a person usually has upto around 150 meaningful relationships overall. So what about the other 190 contacts? How often do we communicate with them? How well do we connect with them? How much do we even ‘know’ them? Are they even ‘friends’? Worryingly, as our social network of friends widens in breath, the communication and connection within tends to lose its depth and becomes shallower. Yet, that doesn’t seem to incline people to use the system any less; reports reveal that over 1.1 million people worldwide log onto their Facebook at least once a day. Although some may call clinically be recognised as ‘addicted’ to the system, the overwhelming statistics also help to confirm the idea that all living beings have six degrees of separation.

Despite trying to dodge stereotypes and generalisations, cynics have been so appalled by the recent trends, that some have even termed Facebook as ‘Fakebook.’ What once started as a transparent platform for individuals to share their personalities and preferences freely, has since become a place where people not only censor their posts to solely show their best selves, but some even strategize their posts to ensure they get optimal ‘likes’ and feedback. The sole silver lining is that creativity and innovation is encouraged, as users often feel the need to conceptualise posts that they think would intrigue, entertain, or impress others. Their posts usually involve exclusive events, dexterous delicacies, picturesque places, and prolific personalities. While there are inevitable photos of friends and families, they seem to be used more to boast status symbols or success stories; posts featuring raw emotions and vulnerable thoughts are far and few. They could reveal a lot more about a person’s true trials and triumphs. Although it is equally unhealthy to post dirty laundry online, what is most concerning is the intention and purpose that drives people make their posts, along with the content and regularity of their posts. The hunger for attention and drought of emotional nourishment cannot be ignored.

Being so engrossed in trying to rev up their virtual world, some active users have even shown symptoms of addiction, and mental absence from their reality. Analysts suggest that this could be because there is an increasing reliance on social media to derive, and determine, our identity – and even more worryingly, our self-worth. Increasingly, the sense of comfort that one gets from sharing on virtual reality is getting higher, deeper and more valuable than sharing with any person in real life. Precisely, the extreme judgement – or the fear of it – that a person experiences in their real life is so overwhelming, that a person would rather opt to escape it and seek solace in a virtual reality. They thus lose their sense of presence from reality as the potential of shame can stain a person more so than any form of encouragement, acknowledgement, and appreciation ever can console them. 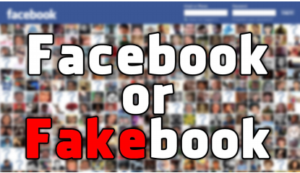 Such has been the overuse and reliance on Facebook, that some even lose the capacity to think independently for themselves. In 2016, a video was posted on Facebook where a young girl was shown trembling at the ledge of a building moments before she jumped to her death. If instead of shooting and sharing the video on Facebook, the witness called the police, perhaps a life could have been saved. In fact, the Federation of Youth Groups has found that an increasing number of university students post suicide-related messages on Facebook. If, instead of posting on Facebook, they speak with a trustworthy relative, friend, Samaritan, or even professional counsellor, it is likely that more lives can be saved.

The proportional correlation between the rise in suicides, and the surge in social media sharing is hard to ignore. But should Facebook be blamed? Perhaps not, as it is hard to blame a platform that has become one of the greatest and richest brands in the world. Now that we have recognized this worrying trend though, it is important to identify the possible remedies to help people live more authentically, both in real life, and virtually. From a Fakebook, Facebook could then perhaps become a virtual book of that reflect real feelings and fun.