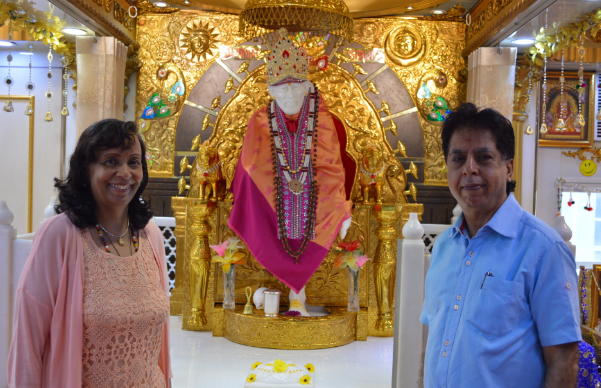 So, what is the success and how do you measure it? Thomas Jefferson once said, “ The glow of one warm thought is to be worth more than money”. You would expect a man of Jefferson’s stature to either mention power or wealth since he has gone down in history as an American founding father and president. However, he did just the opposite. So, going back to where it all began, what is a success and what is your yardstick to measure it? 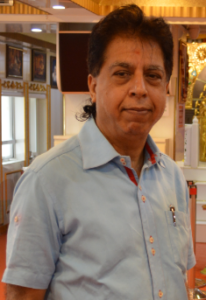 Ramesh Rewachand Amarnani was born on the 07th of January 1951 in Mumbai, (then Bombay) India. Not only is he an established businessman but is also a philanthropist and a successful family man. Despite running a successful trading business, he takes time out from his busy schedule to give back to society. He is happily married to Mrs. Jaya Amarnani, his companion of thirty-seven years, who also happens to be a certified yoga instructor. A father to two worthy sons, Kunal, who helps with the family business and Raj, a UK based doctor, Mr. Amarnani can be a role model for many.

“I came to Hong Kong at the tender age of 17 with three pounds in my pocket” is what Ramesh Amarnani told me when I asked him about his younger days. “I had no godfather, uncle or even distant relative to take me under his or her wing or watch out for me, and I literally had to start from scratch,” said Mr.Amarnani.

“My family in India had fallen upon hard times and I had no option, but to seek employment. Hong Kong had opened up its visa policy and that is how I ended up here. The initial days were extremely tough and there were times when I went to bed on an empty stomach. However, I did not let these hardships rattle me and remained focused, which is why you’re interviewing me today. One mustn’t give up and persistence is very important” These are stories you read in books and view in films and here is a man who has actually lived them!

I asked him whether he had witnessed a drastic change in Hong Kong, the city that had changed his destiny and this is what he had to say “Besides the whole commercial and financial metamorphosis there has been a huge change in Hong Kong’s social fabric as well. In today’s day and age your social circle is directly proportional to your financial stature. This wasn’t the case earlier, sad but true! Especially the youngsters of today. Their mindset is very different to ours and professional and monetary success is of utmost importance to them. We as a generation were ambitious as well. However, we had a value system that has remained with us till this day. Unfortunately, that doesn’t seem to be the case with the subsequent generations”

In continuation of this, I asked him why the young entrepreneurs of today didn’t seem as successful as their predecessors and his answer seemed so apt. “The youngsters today are extremely impatient. They are seeking immediate success and validation and are willing to indulge in inappropriate practices to achieve the same. Real success can only be achieved through continuous hard work and honesty. You have to pay your dues and be patient. A success that is achieved overnight is usually short-lived and can also cause damage. The three main ingredients required to achieve long-term success are honesty, hard work and patience. I’m in agreement with the fact that the dynamics of business has changed since we live in a more digitized world today. There is more access to information and the challenges faced by the young entrepreneurs of today are different from what we faced when we started off. However, the core issues remain the same.”

It was now time to explore the other facet of this very consummate individual’s life, his philanthropy. He is almost single-handedly responsible for setting up the Sai Baba temple in Hong Kong and is also actively involved in several charities, some involving other communities as well, a fact known to very few. “I’ve been an ardent Sai Baba bhakt, since childhood and it’s his love and blessings that have made all of this possible. Baba has been a huge influence on me, since my formative years and his teachings are a large reason for all the philanthropic work that I do today. Baba’s selflessness and his love for one and all regardless of caste, creed, religion and financial status are unparalleled. It is he who gives me the strength to whatever little it is that I do for society and I feel blessed. For me, success is a lot more than just earning money and living a lavish lifestyle. A wholesome life is one that is of benefit to others as well. There is such a lot of suffering and grief in the world today and if every individual can do his or her bit, the world will become a better place. I don’t want to come across as a philosopher, however, service to humanity is imperative, especially if you’re in a position of privilege and power”

I asked him what it was like to juggle so many balls simultaneously since he clearly is several individuals rolled into one, to which he smiled and replied “I’m human at the end of the day and there are times when it becomes difficult to cope. However, Baba’s blessings and his strength keep me going. This is the legacy that I would like to leave behind for my sons and I wish and pray that they continue doing the work that I have so diligently been doing for several years now”

I must admit that the interview with Mr. Amarnani was an enlightening experience and it got me thinking. Should we restrict success only to our personal achievements or is there more to life than just financial and professional fulfillment? The likes of Ramesh Amarnani don’t come by that often and I think it’s time we all took a leaf out of his book.

Ramesh Amarnani’s ten commandments for a wholesome and successful life: –

Interview and article by Faiz Qezilbash, if you wish to get in touch with Faiz, please send an email to fq@aplomhk.com

This article was first published in the Sep-Oct 2018 issue of A-Desiflava magazine’s print version. 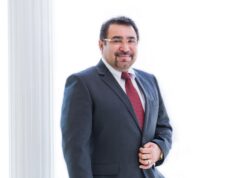